Facebook-owned Instagram is planning to build a version of its app targeted specifically toward children under 13, BuzzFeed News reported Thursday.

“We have identified youth work as a priority for Instagram and have added it to our H1 priority list, Instagram vice president of product Vishal Shah said in an internal memo, according to BuzzFeed.

“We will be building a new youth pillar within the Community Product Group to focus on two things: (a) accelerating our integrity and privacy work to ensure the safest possible experience for teens and (b) building a version of Instagram that allows people under

Dispo, the buzzy, invite-only app dubbed the ‘new Instagram’ and the ‘anti-Instagram’

For the last 10 years, Instagram has dominated the photo app scene, but now its potential rival has arrived.

The app has attracted significant buzz since its launch in February, becoming the fourth most-downloaded app on the App Store, as reported by Entrepreneur.

According to Axios, the app is valued at about $200 million.

The simple concept helps it stands out among competitors, including Google photos, CNBC reported.

Users can take as many photos as they like but unlike Instagram, the photos cannot be edited with filters, stickers, and texts and cannot be accessed immediately until the photos have been “developed,” as reported by CNBC. The photos can be accessed the following morning at 9 a.m.

The beauty mogul took to Instagram and posted pictures in which she can be seen dressed in blue designer pants and a skin-hugging white crop top. Sporting a low make up look, Kylie personified beauty as she effortlessly posed for the lens.
She captioned the post by writing, “baby blues.” 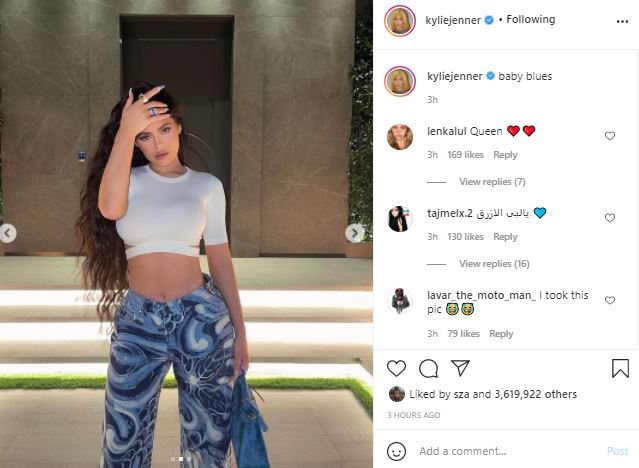 The post garnered more than 3 million likes and scores of fans chimed into the comments section and left red heart and fire emoticons. The beauty mogul has always been quite active on social media and keeps updating fans about her activities by posting pictures and videos.

Earlier, on daughter Stormi’s third birthday, the reality TV star had shared a super adorable clip of her daughter. The sweet video featured her

Meet the 20-year-old founder of @WallStreetConfessions, an Instagram account that’s become an open forum to discuss the dark side of finance and gathered followers including the CEO of Jefferies