Growing the business with renewable energy 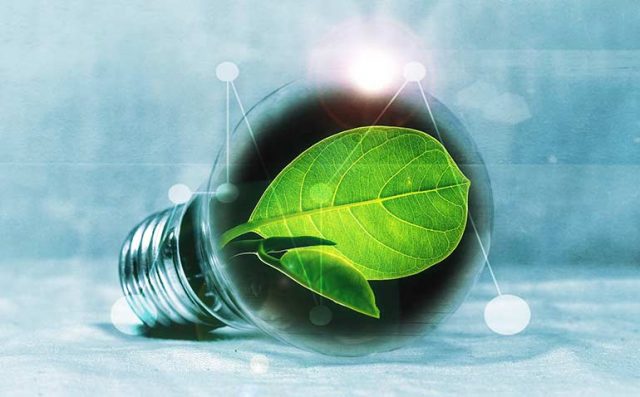 Business operations and climate change have a complicated connection. Nevertheless, this can still be resolved.

“The massive developments in business have benefited people greatly, but at the same time, they have come with a price: increasing the rate of climate change,” Talal Rafi, a World Bank Global Youth Climate Network Ambassador on Climate Change, wrote on Forbes.

Yet, Mr. Rafi said that all businesses can play a role in combating climate change. Among the actions that businesses should to take in fighting this concern, he recognizes the impact of using renewable energy (also referred to as clean or green energy).

According to him, working towards carbon neutrality, which could be helped by a switch to renewable energy, is a powerful way for businesses to mitigate climate change. It is also one of the two key areas where businesses can bring in innovation in dealing with the said issue.

“The renewable energy market is set to reach $2.15 trillion by 2025, so there is a huge market for businesses to move into when it comes to growth,” he noted.

Since May 2020, the Environmental Protection Agency and Fortune 500 acknowledged several major companies like Microsoft and Intel that have been using green energy. Topping the list is Google LLC, which annual green power usage in kWh is 7,492,567,647.

Just last month, Facebook has also announced that its global operations are now supported by 100% renewable energy. It also shared how it reached this goal that was set in 2018.

“We believe that climate change is an urgent issue facing the world today, and we are committed to doing our part to address this challenge,” Urvi Parekh, director of renewable energy at Facebook, shared on the social media platform’s tech website.

Facebook’s journey towards an absolute renewable energy began in 2011. Ms. Parekh recounted their first wind project in Iowa and have continued their progress to build one of the largest portfolios of renewable energy projects.

“Our commitment to renewable energy has resulted in 63 new wind and solar power plants, representing an estimated $8 billion of investment,” she said. “These projects support tens of thousands of jobs during construction, when solar panels and wind turbines are installed on-site, as well as along the global supply chain to produce solar panels and wind turbines and towers.”

At present, Facebook is one of the largest corporate buyers of renewable energy, with contracts in place for more than six gigawatts of wind and solar energy across five countries and 18 American states.

“In partnership with the utilities that serve our data centers, we have also developed new green tariffs, which are mechanisms for customers to buy green power from their electric utility,” Ms. Parekh informed.

She also said that Facebook has already announced 720 MWh of new energy storage projects paired to solar power plants this 2021. “We remain committed to innovative solutions that increase the amount of renewable energy on electricity grids around the world, including energy storage,” she added.

Ms. Parekh said that Facebook continues to work on maintaining its 100% renewable energy as they continue to grow.

“We’ve already set a new goal that in 2030, we will reach net zero emissions across not only our own operations but also our value chain (our suppliers, as well as items like business travel and employee commuting),” she stated.

Facebook is merely among the big businesses that embraced renewable energy which benefitted its operations. The European Business Review looked at how the transition towards a sustainable future through renewable energy can let companies experience its advantages.

“Going green can help a company’s finances in multiple ways, it also attracts more customers and clients,” it observed.

The journal said that renewable energy like solar and wind could notably decrease the company’s energy bills. Moreover, since the company would rely on an energy generated from natural processes, there can be no service disruptions that can cost sales.

Companies can also further boost the local economy through renewable energy, according to the journal. As Facebook also demonstrated, the switch to renewable energy will encourage growth and create jobs, particularly in the energy sector.

“By adopting renewable energy such as solar, you will be able to reap the rewards of your investment over a period of time. Although the initial cost may be high, you will certainly see the savings in the years ahead,” the European Business Review stated. — Chelsey Keith P. Ignacio